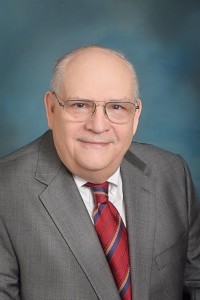 Chuck was Board-Certified in Appellate Practice by The Florida Bar from 1999-2019 and has participated as counsel of record in over two hundred civil appeals. He holds an AV-Preeminent® rating from Martindale-Hubbell, reflecting the highest level of excellence in legal ability, ethics and professionalism as determined by his peers in the legal profession. He has also been selected to The Best Lawyers In America©, including recognition as 2012 Tampa Lawyer of the Year in Insurance Law, and Super Lawyers®.

A native of New Jersey, Chuck attended Lafayette College in Pennsylvania for his undergraduate degree and earned his J.D. law degree from Cornell University Law School in Ithaca, New York. While in law school, Chuck served on the Board of Editors of the Law Review, to which he contributed two notes (student articles), and also represented Cornell in the National Moot Court competition.

After graduating law school, Chuck moved to Miami, Florida to accept the offer to become a law clerk to The Honorable David W. Dyer of the United States Court of Appeals for the Fifth Circuit.

Chuck entered private practice in 1975, practicing insurance law, civil litigation and appellate law at two Tampa law firms before co-founding Schropp Law Firm with his son Charles in 2007. He is currently admitted to practice before all Florida state courts, as well as the United States District Court for the Middle District of Florida, the United States Court of Appeals for the Eleventh Circuit, and the United States Supreme Court.

Chuck has maintained an active involvement and commitment to advancing the legal profession at the local, state and national levels, serving in all the following capacities:

Chuck has also written articles and study materials for lawyers and has lectured at seminars on the topics of insurance coverage, appellate practice, and environmental issues. He has been published several times in the Florida Bar Journal. Chuck also served as the Editor of the “Appellate Procedure” chapter of Florida Pleadings and Practice Forms, published by Bancroft-Whitney Co., 1990.

Best Law Firms In America®, Best Lawyers® and The Best Lawyers in America© are registered trademarks of Woodward/White, Inc. For 2015, Schropp Law Firm was given a tier 1 metro rating for “Insurance Law” and a tier 2 metro rating for “Appellate Practice” by Best Law Firms In America® In addition to past recognition as Tampa Lawyer of the Year in Insurance Law for 2012, Charles P. Schropp continues to be listed in Best Lawyers in America® for 2015. More information about the peer-review process used can be obtained at www.bestlawyers.com or www.bestlawfirms.com.

AV®, BV®, AV Preeminent® and BV Distinguished® are registered certification marks of Reed Elsevier Properties Inc., used under in accordance with the Martindale-Hubbell certification procedures, standards and policies. Martindale-Hubbell is the facilitator of a peer review rating process. Ratings reflect the anonymous opinions of members of the Bar and the Judiciary. Martindale-Hubbell Ratings fall into two categories - legal ability and general ethical standards. More information can be obtained at www.martindale.com.

Super Lawyers® is a registered trademark of Thompson Reuters. More information about the peer-review process used by Super Lawyers
can be found at www.superlawyers.com.

The information on this website is for general information purposes only. Nothing on this site should be taken as legal advice for any individual case or situation. This information is not intended to create, and receipt or viewing does not constitute, an attorney-client relationship.

No content on this site may be reused in any fashion without written permission from www.SchroppLaw.com